Our hybrid asset and the pillars it's built on: The ETH.XHY token 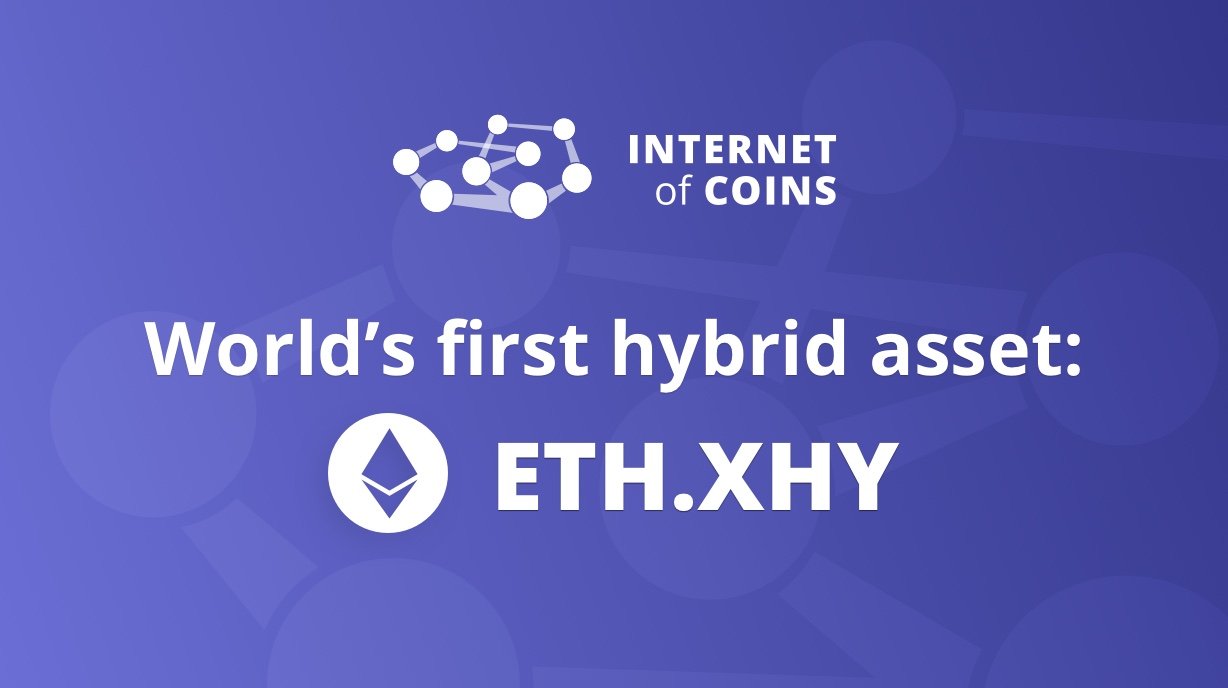 In this blog series we look at the pillars that form our hybrid asset allocated on multiple blockchains. Today, we will have a closer look at the Ethereum (ETH.XHY) pillar of HYBRID and what properties and attributes we can discover on the digital ledger system that it runs on. Also, I will attempt to explain some of the development choices that have been made by the teams behind each technology.

Why we created a hybrid asset

A hybrid asset is an asset allocated on multiple blockchains. This enables diversification, reducing the systemic risk of your allocated value. We started off with a testcase for this in 2013, connecting two chains to form a hybrid asset which generated arbitrage opportunities. Now, we are preparing for the launch of the Internet of Coins decentralized exchange (DEX) by releasing the first hybrid asset in the world, spread over 7 blockchains. The benefit of the tokens is that they are linked within the Internet of Coins decentralized exchange, and will enable you to run a node to earn allocation fees in the network.

If you'd like to add this asset or its tokens to your Internet of Coins wallet: Log in and click on Manage Assets. In the search box type 'ETH' and you'll see the Ethereum assets. Then simply select the currency or tokens you want to add. Select the symbol ETH.XHY to add our HYBRID asset.

Introduction to the Ethereum blockchain

Launched at the end of July 2015, Ethereum is an open-source, blockchain-based distributed computing platform with a virtual machine featuring smart contract functionality. Ethereum has been implemented in a variety of languages, and is widely supported because of its popularity. Ethereum can at times be daunting to newbie cryptocurrency users. There are many new concepts a user needs to take into account (like gas calculations and contract parameters) to be able to use the platform to its full extent.

One of the wallets that has made this a considerable amount easier is My Ether Wallet. This wallet makes it possible for users to access their funds using a web browser and offers several options for private key input.

Due to its popularity, many cryptocurrency startups took to Ethereum for launching their tokens or smart contracts, putting heavy weight on the distributed network. At times the mempool (the pool of unconfirmed transactions) of the network would become clogged with transactions from new ICO's that resulted from airdrops or contract popularity. A recent example of scaling problems were evident during the CryptoKitties craze. A website was selling smart-contract tokens with a great deal of marketing, and many people wanted to buy them. It made transactions on the Ethereum network run slow for hours on end.

In it's design Ethereum transactions are done using a follow-up number called a nonce. This helps avoid double-spending situations and helps wallets keep track of the amount of transactions done from an address. Every time this number must be increased by one, in order for the next transaction to be valid. This can create problems when trying to create a batch of multiple transactions. If one of the transactions fails the nonce number cannot be increased, the result being that all the transactions already pushed to the network after the faulty transaction will also fail. This has led to many a situation where businesses that are spreading their tokens to a large amount of users have sent their transactions to the network over and over many times to make sure the entire list is properly processed. This uses bandwidth and capacity of the network's mempool, and can clog up the network, making it slow for everyone else.

Regardless of these issues, Ethereum has become a popular platform for all kinds of start-ups, projects and businesses to issue their tokens on. You will find many interesting projects on the platform, and the community is often helpful, tight-knit, industrious and proud of their achievements.

How we implemented Ethereum and created the ETH.XHY token

Since Ethereum support smart-contract complexities, we decided to create a module dedicated to these functions. This makes it easier for us to create ordinary Ethereum transactions, as well as encode ERC20 transactions for sending tokens. Although it was tempting to take a shortcut and code a smart contract for the future functions of XHY, we chose to keep special functionalities - such as the idea of unifying the assets with the tokens on other blockchains - outside of Ethereum's smart contract language. This means XHY on Ethereum is simply an ERC20 standard compliant token, like the other tokens. Special functionality will later be added using our own scheduler mechanism that runs on Internet of Coins itself, and is independent of Ethereum's ecosystem.

If you want to know more join us on Telegram or on Slack.

Next Go back to overview Previous