How we created our hybrid asset: the WAVES.XHY token 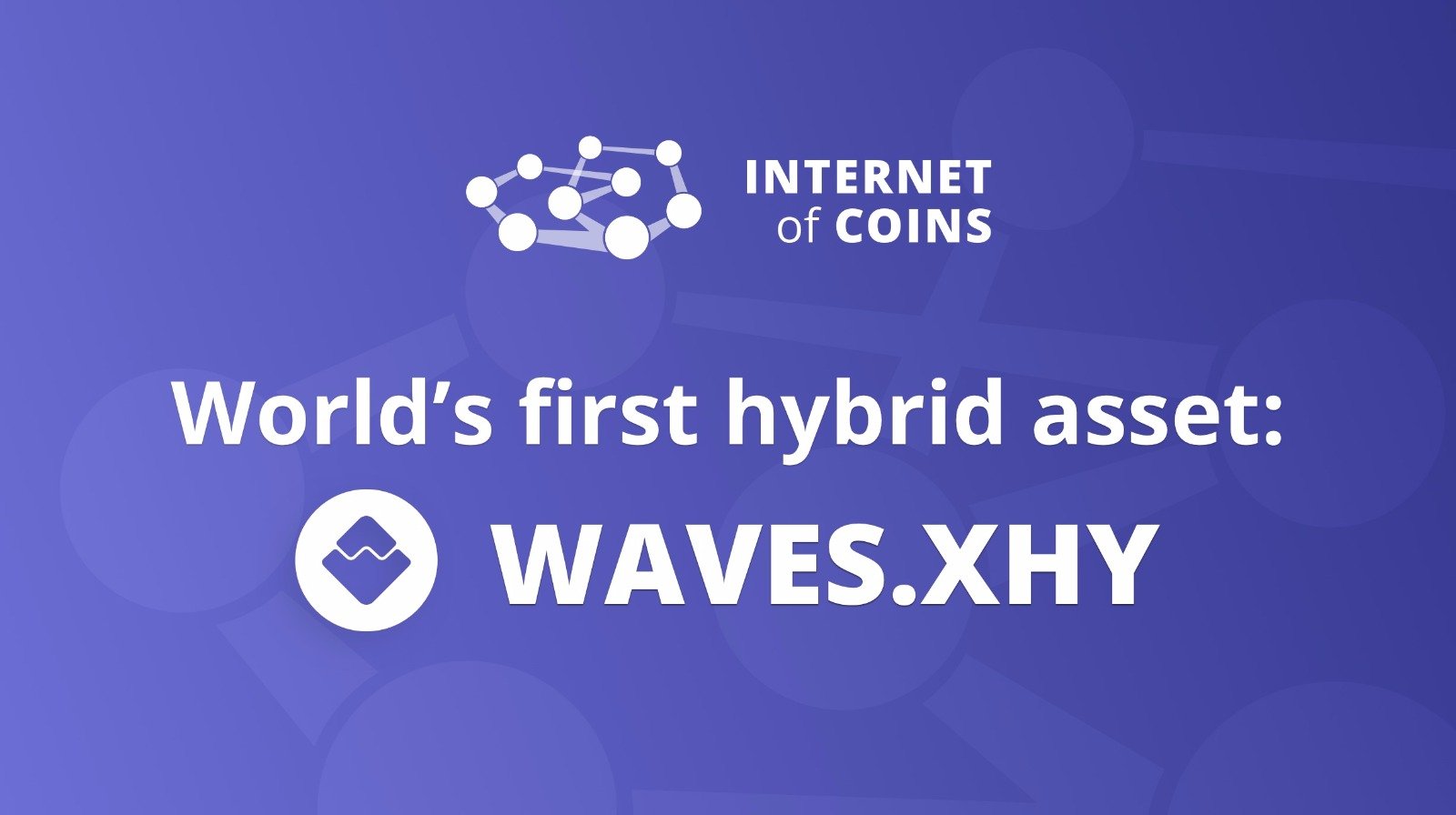 In a short series on the pillars that form the world's first hybrid asset, I will describe which part of HYBRID (XHY) we are distributing to the community, and what properties and attributes we can discover on the digital ledger system that it runs on. At the end of every article, I will attempt to explain some of the development choices that have been made by the teams behind each technology. Our first pillar is HYBRID (XHY) on Waves.

A hybrid asset is an asset allocated on multiple chains. This enables diversification, reducing the systemic risk of your allocated value. We started off with a testcase for this in 2013, connecting two chains to form a hybrid asset which generated arbitrage opportunities. Now, we are preparing for the launch of the Internet of Coins decentralized exchange by releasing the first hybrid asset in the world spread over 7 blockchains. The benefit of the tokens is that they are linked within the Internet of Coins decentralized exchange, and enable you to run a node to earn allocation fees in the network. This means you as a user will be able to launch an asset which is tradeable between blockchains on the Internet of Coins decentralized exchange as well.

Launched in June 2016, Waves is an open-source blockchain platform, based on the coding language Scala. The Waves mainnet next generation version for miners went live on December 22nd, 2017. Once launched users were given access to an orderly wallet that enables a Waves user to transfer the Waves cryptocurrency and tokens on the Waves blockchain, as well as lease their Waves and trade on the Waves decentralized exchange.

Next to tokens the Waves organization also maintains pegs to Euro and US Dollar tokens one their chain, as well as pegs to other cryptocurrencies. In effect this enables the use of national currencies transfer through gateway operators. The tokens themselves are decentralized, and in the Internet of Coins wallet you can store them using our deterministic cryptography technology. So by proxy it is possible to hold Euro and Dollar derivatives in our wallet on the Waves blockchain. A nice feature for those looking to add some more stable assets to their portfolio. It is important to note that the stability of these assets is currently in the hands of the Waves organization and its ecosystem. So be aware of this when you use Waves stable tokens.

To get a bit more technical we have looked at the way Waves operates and what the experience of our developers was while implementing it. One of the first things we noticed is that many online Waves block explorers do not show the possibility of finding transactions beyond the 100 entries limit. This could be a front-end choice, but we thought users might appreciate it to be able to look further back in their transaction history. The light wallet does offer this possibility, but not every user may know how to find the information to do this.

As a digital ledger system the Waves platform is truly decentralized. Many nodes make up an efficient consensus network, using proof-of-stake as their mining mechanism. Instead of pending transactions being added to a block retrospectively, as in Bitcoin's ledger, every next miner is chosen in advance. This miner is then able to add transactions to the pending block as fast as network latency allows.

The Waves DEX is fast and snappy compared to its DEX competitors. One of the reasons for this is that Waves has separate nodes that function as federated matchers to calculate and process the market orders. This means trading is very responsive, but in the case of a DDoS attack could temporarily be brought to a halt. To date, however, this has not yet happened at scale, and the way the Waves DEX trades means users can make or take their orders without fear of putting their crypto funds in the hands of a centralized organization.

The Waves leasing function enables miners to use leased funds to support the Waves network. Leasing is done on chain and as far as we can tell gives users a safe way to lease and retract their funds. Operations on the blockchain usually take only a minute or less as the block time of Waves is 30 seconds.

Finally, the Waves decentralized token exchange facilitates fundraising, crowdfunding, and trading of financial instruments on the blockchain. The Waves lightweight browser wallet provides an easy usage and a flat learning curve for end users. We were excited by this technology and for this reason wanted to include Waves in the Internet of Coins environment.

If you want to read more about HYBRID check our FAQ.

Next Go back to overview Previous